Yesterday, Adal was thrilled to have the opportunity to draw and execute a very meaningful custom tattoo as specifically requested by a client: a combination of MC Escher’s Drawing Hands as well as Alex Grey’s Artist’s Hand.

Here is the final tattoo result: 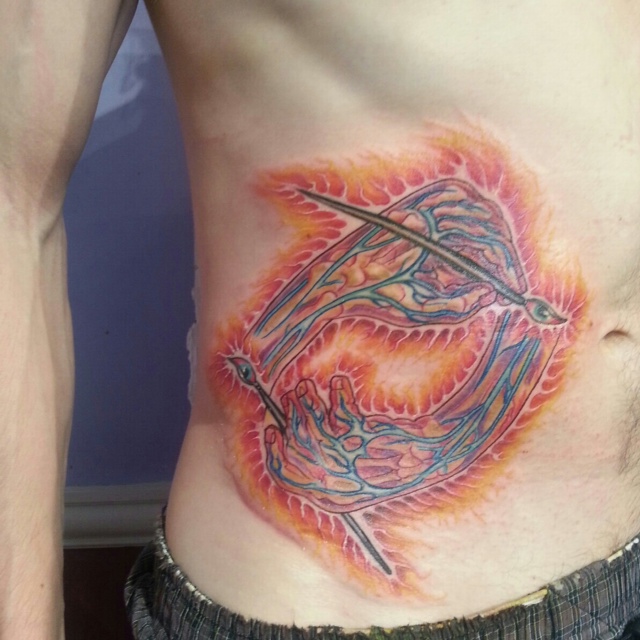 Here are the two artworks, for reference: 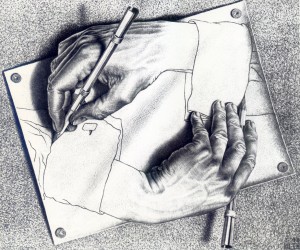 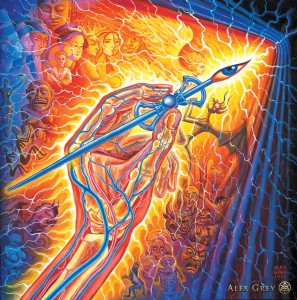 Furthermore, Adal has been heavily influenced throughout his career by both artists, and has been fortunate enough to learn from and spend time with Alex Grey over the years. Alex has remained one of Adal’s contemporary heroes and gurus of the visionary arts, and Alex has shown to be supportive of tattoo artists who practice in a similar subject matter. We look forward to his next book, in which a handful of visionary tattoo artists will be featured. Adal has also done several other Alex Grey tattoos, such as Birth and the DMT Molecule, which you can see here: 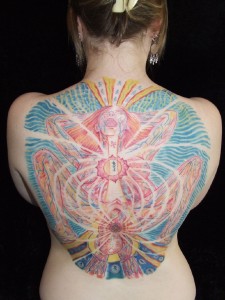 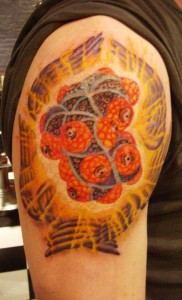 Here is a picture of Adal with his son, Kaius, spending some time with Alex Grey at a Keith Haring exhibit back in 2012: 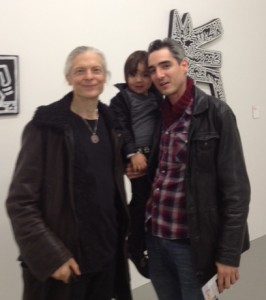 Learn more about Alex Grey and his Chapel of Sacred Mirrors (COSM) here.

This entry was posted in Current Projects.